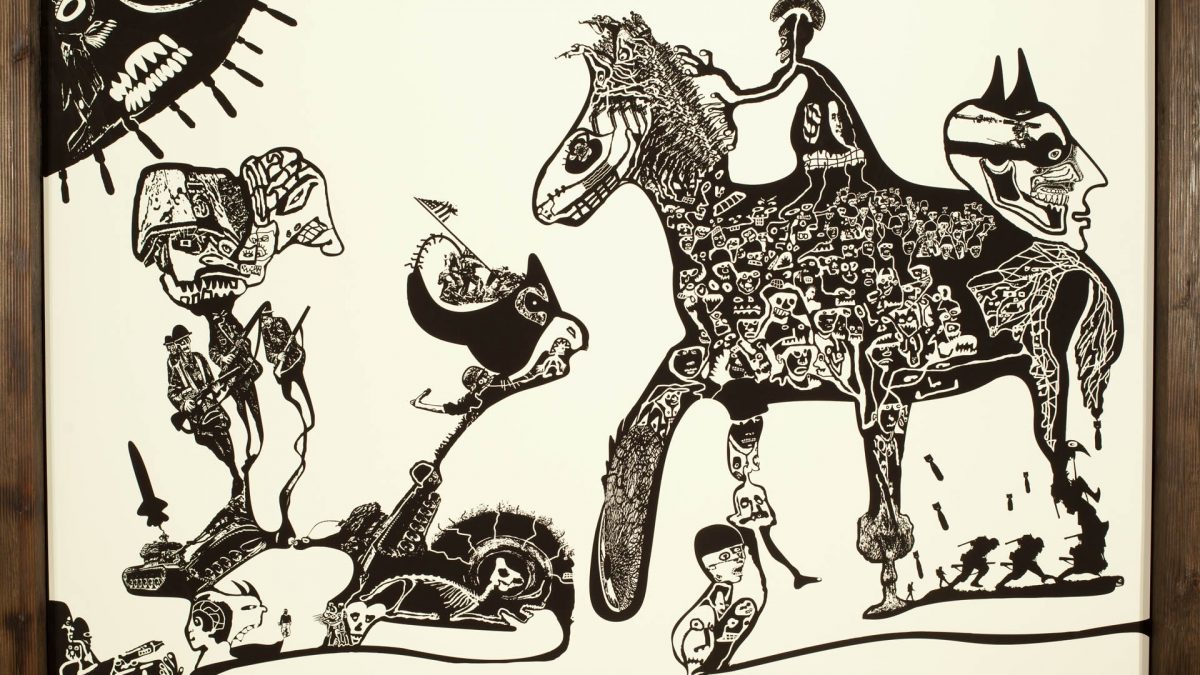 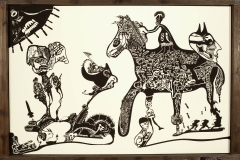 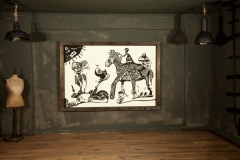 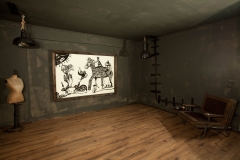 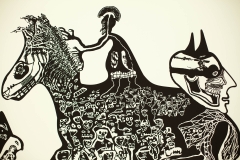 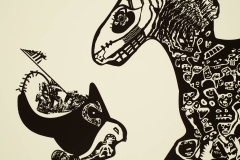 With this surrealism artwork I wanted to talk about war, the horror of it and the devastating results to people. Soldiers (inside the horse) become monsters serving violence and death in its supreme form. Also, the sun (left top corner) shines bright black. Similarly, the evil horse of war is fighting the eagle of freedom. In addition, on top of the eagle you will find the flag of the United States of America.  As they are supposing the nation protecting the freedom and the well being of all nations around the world, and fighting their suppressive leaders.

Surrealism was an artistic, intellectual, and literary movement led by poet André Breton from 1924 through World War II. The Surrealists sought to overthrow the oppressive rules of modern society.  They did this by demolishing its backbone of rational thought.  For instance, they attempted to tap into the “superior reality” of the subconscious mind. “Completely against the tide,” said Breton, “in a violent reaction against the impoverishment and sterility of thought processes that resulted from centuries of rationalism, we turned toward the marvelous and advocated it unconditionally.

Many of the tenets of Surrealism, including an emphasis on automatism, experimental uses of language, and found objects, had been present to some degree in the Dada movement that preceded it. However, the Surrealists systematized these strategies within the framework of psychologist Sigmund Freud’s theories on dreams and the subconscious mind. In his 1924 Surrealist Manifesto, Breton defined Surrealism as “Psychic automatism in its pure state, by which one proposes to express…the actual functioning of thought…in the absence of any control exercised by reason, exempt from any aesthetic or moral concern.” – Source